I joined Cathcart as a trainee recruitment consultant back in 2019 with a focus on helping companies find front-end developers, mobile developers and designers throughout Scotland.

In the time I’ve spent sourcing front-end developers, the market has been continuously expanding. Though it’s still subject to fluctuations – for instance, we experienced a slight dip over the last couple of months – right now, the outlook is great for these professionals.

One thing I’ve noticed over the past few years is that front-end development has definitely come into its own; whereas previously everybody was a full-stack developer, the front-end is now a standalone specialism – with companies increasingly seeing the value in hiring front-end devs. Whether you’re looking for your next role in the space or trying to build a better team, below is everything you need to know about the market today.

When considering how the market has evolved, it helps to look at it through the lens of coding languages. TypeScript is a programming language built on JavaScript that’s fast becoming one of the most popular programming languages, with all my clients looking for some TypeScript exposure. However, companies that can offer candidates the opportunity to upskill in TypeScript have performed particularly well on the recruitment front.

On the whole, JavaScript remains very popular as a core programming language – and various add-ons like React are the framework of choice for most developers. If a company is looking to upgrade their tech stack, they’ll tend to go down the React route. With this in mind, it’s probably the most sought-after coding language in the market right now – so developers who know it can demand a higher salary.

The future of the front-end

What’s ahead? Well, it’s becoming clear that companies are keen for their software to be accessible to all people, and a desirable front-end developer should be aware of accessibility standards as a result. Progressive web applications (PWAs) are also overtaking single-page applications (SPAs) as a preferred web app, so experience working on PWAs gives candidates a strong competitive advantage.

It’s important to remember that coding languages change all the time, too – so keeping up with various trends across TypeScript, JavaScript, React, and other languages is crucial. An example of these shifts in action is the arrival of Next.js, a framework built on top of React that looks set to be a first choice among the developer community.

The importance of hiring speed

An aspect of hiring for software developers that’s definitely become outdated in recent years is the necessity of a technical skills test. When you’re met with an experienced candidate who’s been in the industry for five years or more, you can see that they’ve been doing the work – I would go as far as to say that, as well as being a waste of their time, quite a significant portion of developers would be insulted by the proposal of a skills test.

Companies that are currently snapping up developers in the market are the ones that are skipping this process altogether – and that’s why it’s important to get ahead of the competition. A strong developer will only ever be on the market for two to three weeks – on occasion, this can be as little as three to four days. I have plenty of examples where I’ve sent a CV to a client on Monday, they’ve interviewed the candidate on Tuesday, completed a second interview on Wednesday, and had an offer accepted by Thursday. If you want to attract top talent, you need to be prepared to move fast.

The key to high-quality candidates

In terms of how to make your company more attractive to front-end developers right now, remote and hybrid working models are key to accessing a wider talent pool. Flexible working is also a huge pull –  even allowing half an hour to drop the kids off at school can be a real game changer for some candidates. In a similar vein, some developers might focus better at different times of day, so it makes sense for them to do an hour’s work at night rather than first thing in the morning. Not only does this appeal to candidates, but it also ensures you get the best work out of people – provided there’s a good level of trust, of course.

Particularly in the software development sector, candidates are looking for opportunities where they can be upskilled into other areas. An example of this is a front-end developer learning design or back-end development and acquiring a hybrid skill set – which also serves to benefit you by giving them a more complete view of the product. It’s also in your best interests to upskill developers – in tech such as React and TypeScript, for example – as it means that, rather than moving on to something new in a couple of years, they’ll progress within your business instead. Some companies even facilitate this with department rotations.

If you’re hiring for a tech role, it makes sense to work with a tech recruiter. Likewise, if you’re looking to climb the ladder in tech, an experienced recruiter is perfectly positioned to secure you the best opportunity.

At Cathcart, we approach each division of the tech sector individually – helping you find a candidate or company that’s not just a great technical fit, but a solid cultural one too. Reach out to the team to discover how. 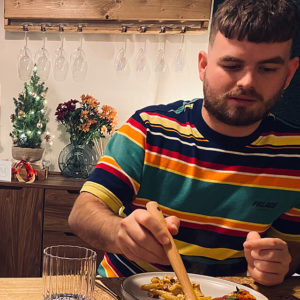